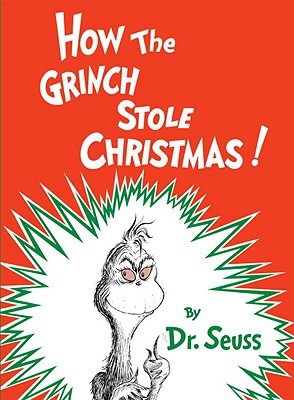 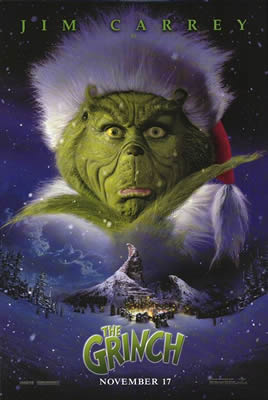 Summary: The Grinch hates the citizens of Whoville. And that is even more true at Christmas. When little Cindy Lou Who attempts tries to rise above the commercialism of the holiday, she invites the Grinch to celebrates, which ends with his public humiliation.
Starring: Jim Carrey, Molly Shannon, Christine Baranski
Directed by: Ron Howard
Release date: November 17, 2000
Running time: 1:44
MPAA Rating: PG for some crude humor.
Tagline: Inside a snowflake, like the one on your sleeve, there happened a story you must see to believe.
Production: IMDb Details
Based on: How the Grinch Stole Christmas (1957) by Dr. Seuss
Watch the trailer
Page 13 of 28