Creation stories (or myths) are narrative projections of a culture's origins, an attempt for a collective group to define its past and probe the deeper meaning of their existence. Creation myths describe how the universe, the earth, life, and humanity came into being. With complex symbolism, a myth is to a culture is what a dream is to an individual. A culture's creation myth, or cosmogony, describes the how order came from chaos. The creation myth descends from a culture's desire to define the creation and bring order to the universe. 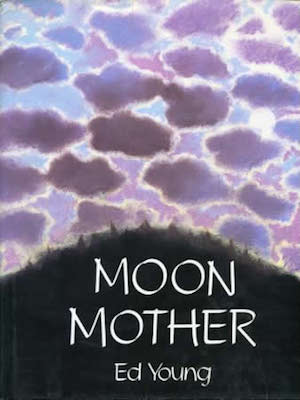 The Woman Who Fell From the Sky: The Iroquois Story of Creation
(Morrow, 1993)
Retold by John Bierhorst.
Illustrated by Robert Andrew Parker
Page 3 of 16