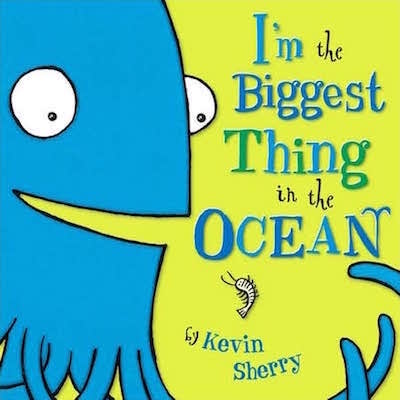 I'm the Biggest Thing in the Ocean
Written by Kevin Sherry. Illustrated by Kevin Sherry.
Dial Books (2007)
SUMMARY: When a giant squid takes inventory of all of the creatures in the ocean, he realizes that he’s way bigger than most of them. Of course, there are bigger things lurking around, but maybe this giant squid with a giant touch of hubris doesn’t really care?
NOTE: The narrative is composed of the squid's dialogue as he compares his size to that of the other ocean creatures. 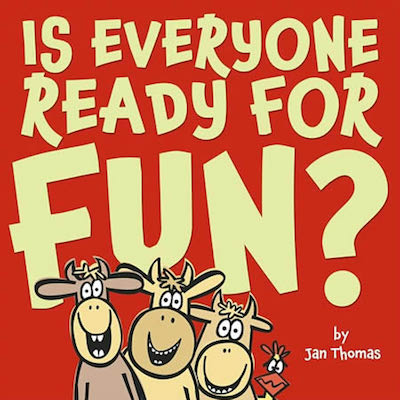 Is Everyone Ready for Fun?
Written by Jan Thomas. Illustrated by Jan Thomas.
Simon & Schuster (2011)
SUMMARY: Chicken has some unexpected and exuberant cow visitors who have exciting plans for jumping, dancing, and wiggling on his teeny- tiny couch, and Chicken is none too happy about it. That is until the fun concludes with a quiet, cozy and delicious nap for all
NOTE: The narrative is composed of dialogue balloons.
Page 10 of 18