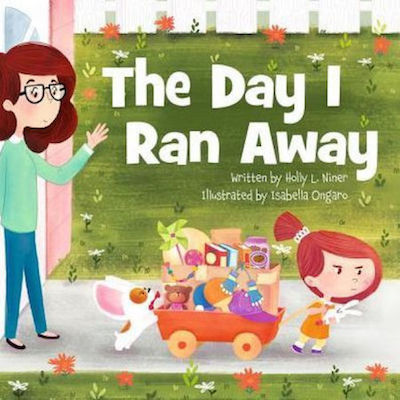 The Day I Ran Away
Written by Holly L. Niner. Illustrated by Isabella Ongaro.
Flashlight Press (2017)
SUMMARY: While Dad tucks her in, a girl named Grace calmly recounts her day -- which was anything but calm. She had a tantrum (involving a purple shirt and breakfast cereal) and was banished to her bedroom before deciding to run away.
NOTE: The narrative is a conversation between a father and daughter. 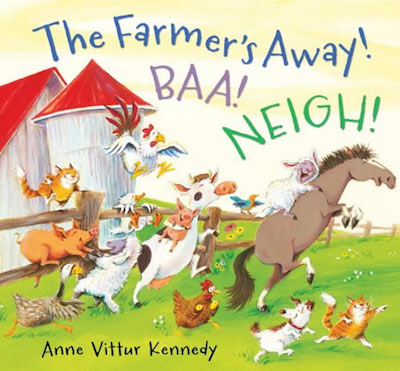 The Farmer’s Away, Baa Neigh
Written by Anne Vittur Kennedy. Illustrated by Anne Vittur Kennedy.
Candlewick Press (2014)
SUMMARY: A noisy menagerie of mischievous animals who go picnicking, jet skiing, and ballroom dancing in the farmer's absence.
NOTE: The narrative is composed of animal sounds.
Page 16 of 18