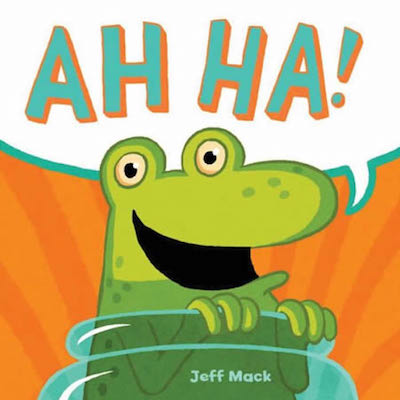 Ah Ha
Written by Jeff Mack. Illustrated by Jeff Mack.
Chronicle (2013)
SUMMARY: Frog is settling in for a relaxing day at the pond. (AAHH.) But wait -- there are other creatures at the pond as well. (AH HA!) And some of them are out to get Frog. (AHHH!) Not to worry, Frog gets the last laugh. (HA HA!)
NOTE: The narrative is composed of interjections and just two letters: A and H. 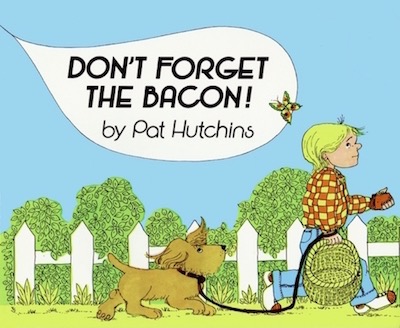 Don't Forget the Bacon
Written by Pat Hutchins. Illustrated by Pat Hutchins.
Greenwillow (1976)
SUMMARY: A boy sets out to do the shopping, determined to remember his simple list but as the sights and sounds of town distract him he finds himself in a terrible muddle.
NOTE: The narrative is composed of internal monologue and dialogue balloons.
Page 2 of 18