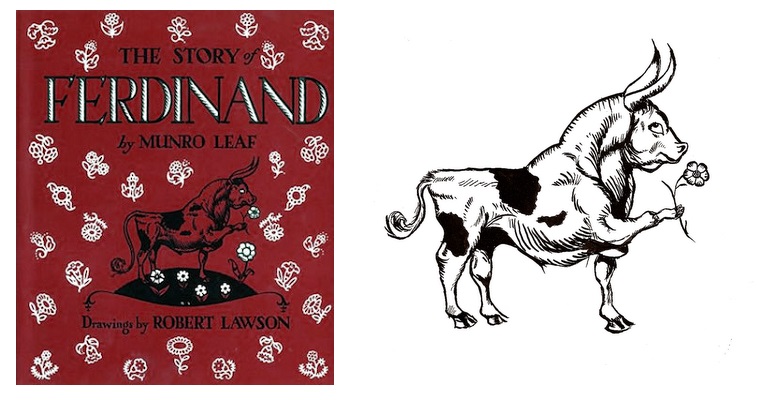 The Story of Ferdinand published. Written by Munro Leaf. Illustrated by Robert Lawson. When it was published, it was banned in many countries, including in Spain during the Spanish Civil war for its pacifist message. Adolf Hitler ordered the book burned, while India's leader Gandhi called it his favorite book.
Page 5 of 10