ANNOUNCED IN LATE MAY OR EARLY JUNE

The Boston Globe-Horn Book Awards were first presented by the Boston Globe newspaper and Horn Book Magazine in 1967. It is one of the most prestigious honors in the United States in the field of children's and young adult literature. Awards are given in the categories picture book, fiction and poetry, and nonfiction. A winner and honor books are awarded.

London Bridge is Falling Down (Doubleday, 1967) is the first picture book to win the award. It was illustrated by Peter Spier, who won the Caldecott Medal in 1978 for Noah's Ark (Doubleday, 1977). 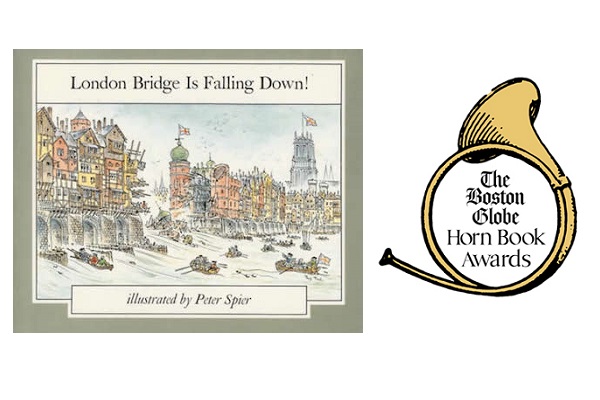